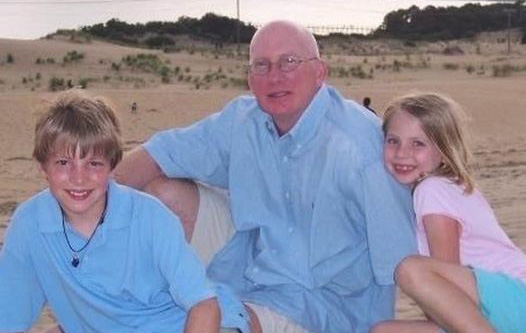 Cake4aCure began in 2015 as “Eat Cake for Breakfast” when the family of Doug Bettenhausen sat around the kitchen table on March 9th and ate cake for breakfast in memory of his birthday. Doug was a pharmacist, medical affairs professional, and athlete who was known by his friends and family for spending an hour on the treadmill every morning only to sometimes down a slice of cake for breakfast! He laughed at himself because he recognized the importance of hard work but also knew the importance of enjoying life. Sadly, like most MSA patients, Doug eventually lost the ability to enjoy simple pleasures such as eating cake, and ultimately lost his battle with MSA in 2013 at the age of 50.

In the years following, Doug’s family began to ask friends to join them in Eating Cake for Breakfast and ultimately the idea spread through the power of social media to include other MSA families. Although Eat Cake for Breakfast had simple and humble beginnings, the number of people participating has grown each year. In 2020, the decision was made to change the name of the event to Cake4aCure to be more inclusive and honor ALL past and present MSA warriors and families. 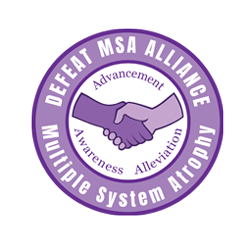 Realizing that much of the current attention is focused on more widely known diseases, Multiple System Atrophy is overlooked.  MSA patients are confronted with a dim prognosis and left with few options.  Defeat MSA Alliance is an inclusive US based 501(c)(3) charity that aspires to balance efforts to support patients, educate medical professionals, raise public awareness and nurture promising research. Staffed entirely by volunteers, Defeat MSA Alliance aims to achieve a four-fold mission:

Defeat MSA Alliance invites all other like-minded individuals, around the world, to join us in this noble fight: to speak for those who cannot, with one mind, one heart and one voice: to defeat MSA forever!